Alarmed by recent presidential verbal miscues and unanticipated policy statements during informal exchanges with the press, the Whitehouse press secretary's office announced today a new policy for "unscripted situations". Under the new rules any questions submitted by the press would need to be formulated so that the president can answer them with a nod or shake of his head. Anything of a more complex nature would be fielded at a later time, in a more controlled environment. During such sessions the president will wear a mouth covering, shown below, bearing the presidential insignia as a visual reminder of the new policy. 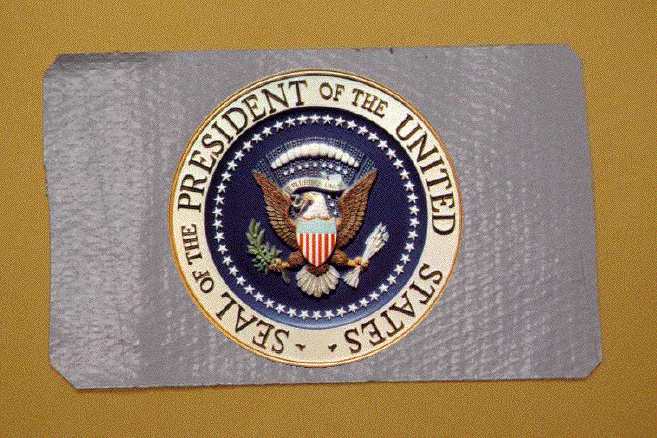 Designs considered for the mouth covering, but later discarded, were a picture of a mouth smiling and the words "Howdy, Howdy, Howdy" printed in Arial Bold 36 point font.